Art object as a gift. Building company "Zabudova" — 30 years on the market

Birthday is a special holiday. And the attitude to the round anniversary is even more reverent.

The Zabudova construction company decided to celebrate its 30th anniversary in such a way that the gift timed to the solemn day would not only make an impression here and now, but for many years would delight everyone involved in one of the largest construction industry enterprises in Belarus — both employees and buyers.

An original art object from a popular graffiti artist has appeared on the wall of an office building in the village of Chist.


People from all over the country come to Chist settlement for autoclaved cellular concrete and sand-cement tile «Zabudova».

That is why the idea to create a large-scale art object on the wall of an office building appeared — hundreds of people pass it by every day.

And a beautiful bright drawing, especially made in an unusual technique, is something that will always attract attention and cheer you up even on a cloudy day.

The decision to make such an unusual present for ourselves and our clients came to mind for a reason.

Earlier in the free space, which is now occupied by the mural, there was a huge poster. And underneath it revealed a rather interesting texture, ideal for working with paints.

The graffiti artist Alexander Blagiy, known under the pseudonym KONTRA, helped to add life to it.

As a professional architect, since 2015, Alexander has been the organizer and member of the TAKTAK Artists' Duo. 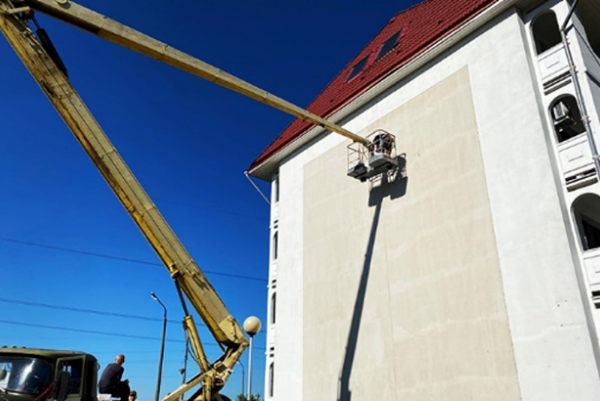 When creating a sketch for a mural, the artist was inspired by the almost forgotten technique of folk weaving called “padvoynae tkatstva”.

With its help, carpets or bedspreads were previously made in villages on a weaving machine, and since 2011 it has been included in the State List of Historical and Cultural Heritage of the Republic of Belarus.

Today this unique type of folk art can be found only in some parts of the Brest and Grodno regions and in Podlaskoe Voivodestvo in Poland.

And now it is on the wall of the Zabudova company office building in the Chist settlement.

In his work, Alexander depicted a traditional Belarusian ornament with a plot on a domestic topic from rural life — something that is familiar to each of us from childhood. The red background was specially selected for the terracotta tiled roofs of the building. And for greater persuasiveness and harmony, bricks are depicted on a sled with a cart. 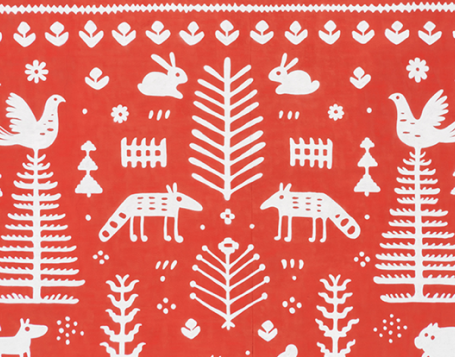 The canvas spread over an area of more than 100 squares. The artist completed the work on August 9 — often leaving home after midnight.

It is expected that the mural will become not only a bright highlight in the design of the enterprise building, the lighthouse of the place, but also a favorite object of visitors — a wall picture is ideal for a selfie.


Today "Zabudova" is a giant modern production and economic complex.

It is engaged in the production and sale of basic modern materials and structures that allow you to build any residential building or industrial building. 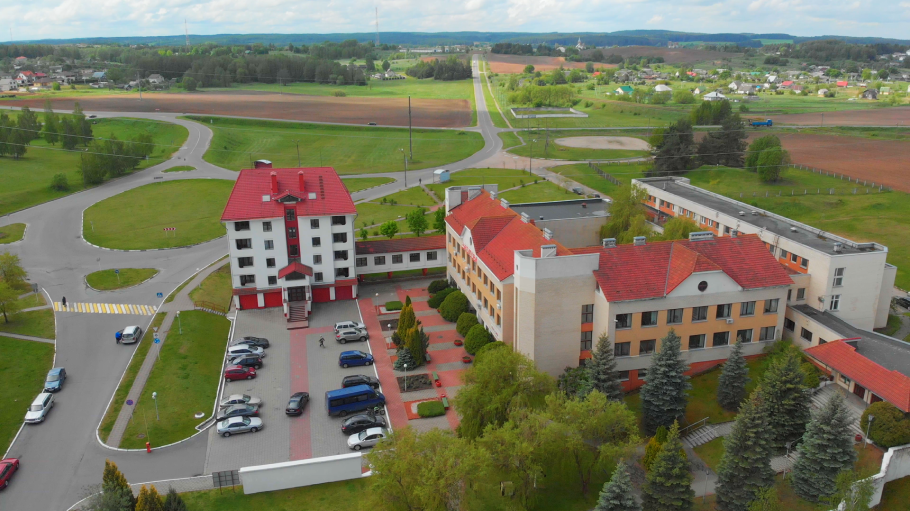 Having started its journey in difficult 1990, the company was able to stay afloat, putting down strong roots in the building materials market.

Having reached a serious milestone at the age of 30, the company can proudly talk about its staff of about 600 employees, a weighty set of diplomas for participating in various competitions, and most importantly, about the trust of buyers who choose "Zabudova" products for one of the most important cases in life — building private houses. 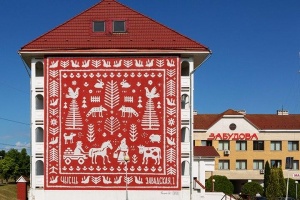 9 August 2020
Art object as a gift. Building company "Zabudova" — 30 years on the market
Birthday is a special holiday. And the attitude to the round anniversary is even more reverent. The Zabudova construction company decided to celebrate its 30th anniversary in such a way that the gift ... Читать далее

15 July 2020
We invite you to cooperation!
Dear Colleagues! «Zabudova» company invites small and large businesses to cooperate in the sale of building materials. Our company wants to expand the existing sales markets and increase the number ... Читать далее 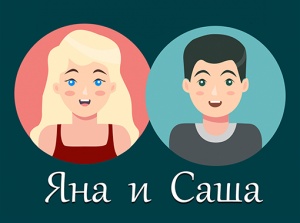 1 June 2020
«SashaYana» project
EARLIER OR LATER THIS QUESTION WILL COME UP BEFORE EVERY YOUNG FAMILY. Where to live? And what is better: to build an apartment in Minsk or your own house in the suburbs? Especially when you don’t h... Читать далее

11 September 2019
The best building product 2019!
Our dear clients and partners! We are pleased to inform you that our product, autoclaved cellular concrete, has been awarded the title of THE BEST CONSTRUCTION PRODUCT OF 2019! We express our gratitud... Читать далее 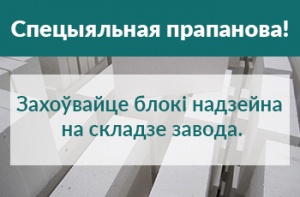